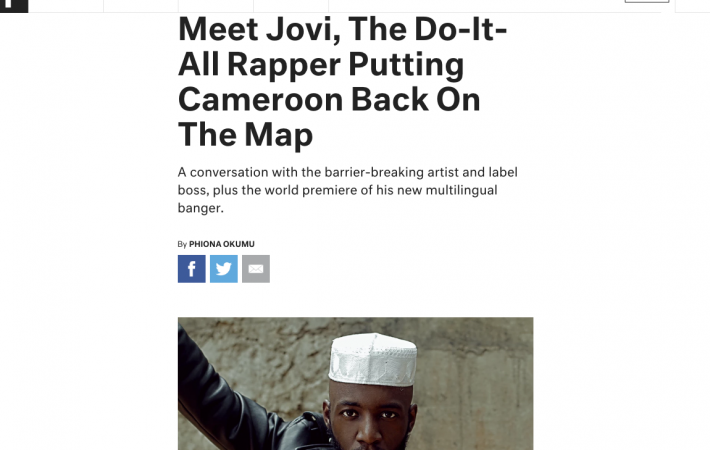 Always a pioneer in Cameroon’s music industry, Jovi has been featured in The Fader, one of the America’s leading music magazines! The ground-breaking interview, written by Phiona Okumu, highlights the challenges and accomplishments of Jovi’s rising music career. The article on Jovi also features his new song “Bad Influence” which is available to listen exclusively on The Fader! Congratulations, Jovi! Listen to Jovi’s new song “Bad Influence” and read the interview on The Fader here!

Source: Meet Jovi, The Do-It-All Rapper Putting Cameroon Back On The Map